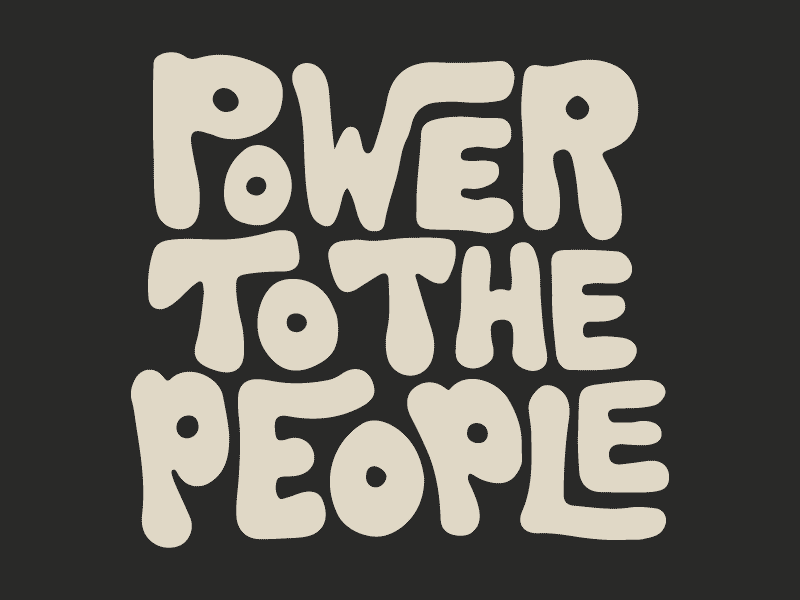 You are the power!

The current state of our union did NOT happen overnight.  The conditions we now live in, took decades of status quo to devolve.  Our beliefs and votes of good faith, trusted to a system which continues to fail us, while holding no accountability to politicians beholden to power and profit- hungry corporate donors at our expense. Hope and confidence in government is shaken to say the least.

So many of us have been Individually silenced, living paycheck to paycheck, with paralyzing anxiety caused by low wages, constant medical and student loan debt, unaffordable quality healthcare or housing.  From inaction on normalized, open displays white supremacist and police violence, to the overturning of Roe v. Wade, politics have become overwhelming seemingly by design.

We understand, it's tough to fight against an unfair system when you're just trying to survive, especially when you feel as if you're doing it alone. You're not.  So many people in our communities feel powerless in the face of such adversity.  However, The Green Party has a solution.

Solidarity.  Solidarity between the poor, working class and everyone who struggles to survive within our current system.  We believe there is strength in numbers.  But it must start with you.  And your friends. And your family.  And anyone you believe deserves better than this.  Join us and Fill a role, and build our grassroots movement.

ATTENTION!  The Muskegon Greens inite you to join us in becoming or choosing our officers for 2023!  It's Grassroots Democracy in action! Would you like to represent the Green Movement?  Have someone in mind who may be interested?  Find our officer descriptions HERE!

You must read our TEN KEY VALUES and be a member of the Muskegon Green Pary, so join us today!

Bringing positive change to the lakeshore

There was an error submitting your message. Please try again.
Thank you for your interest in the Muskegon Greens! We will get back to you as soon as possible!

This site uses third-party website tracking technologies to provide and continually improve our services, and to display advertisements according to users’ interests. I agree and may revoke or change my consent at any time with effect for the future.
More

This tool helps you to select and deactivate various tags / trackers / analytic tools used on this website.